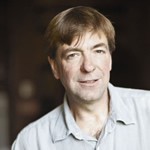 The Sevenoaks Philharmonic Society is very grateful for the generosity of its Friends, Supporters and Sponsors who help it to produce concerts to a professional standard.

Robyn Sevastos has conducted the Choir since 2001, becoming Music Director in 2002. In addition to Sevenoaks Philharmonic Society she is currently music director of London Opera Productions, Kentish Opera, the Llantilio Crossenny Festival, Bromley Philharmonic Choir and is a professor at the Blackheath Conservatoire of Music and the Arts. (read more)

Robyn graduated from Melbourne University with a BMus, with First Class Honours in Performance. She moved to England to continue her studies, obtained a Postgraduate Diploma in Piano Accompaniment at the Guildhall School of Music and Drama, and a Performance Diploma (ARCM) from the Royal College of Music. She went on to perform extensively as a piano soloist and to coach and accompany a wide range of singers and instrumentalists both in the UK and abroad.

Robyn has conducted a large and diverse selection of choral and operatic works. Her extensive operatic repertoire includes operas by Bizet, Donizetti, Humperdinck, Mozart, Puccini, Rossini, Strauss, Sullivan and Verdi. She has also conducted many of the major choral works. Some highlights include performances of Verdi’s Requiem, Carmina Burana at the Fairfield Halls and Bach’s St Matthew Passion at St Clement Danes church on The Strand in London. Robyn’s orchestral programmes have featured internationally renowned artists and she has performed at many of the leading London concert venues including the Royal Albert Hall, the Barbican and the O2 Arena. She has also performed for HRH The Prince of Wales at Kensington Palace and at Sandringham.

Tracey Renwick studied music at Goldsmiths College, London University and after graduating worked as a piano teacher and freelance ballet pianist in London. For the past 25 years she has worked for the Royal Ballet School.  Tracey plays the piano in the Brook Piano Trio and has accompanied many different instrumentalists and singers. She accompanies Sevenoaks Philharmonic Choir and Bromley Philharmonic Choir, and also plays the organ at St Botolph’s Church, Chevening.  (read more)

She was brought up in Carlisle and was involved with music from the start, playing violin with Cumbria Youth Orchestra and the National Youth Music Theatre.  Working for the Royal Ballet School has involved much performing both at home in the Holland Park Theatre and in the Royal Opera House, and abroad in Japan, Germany and Salt Lake City.

If you would like a closer involvement with the choir but are not a performer, you could support the choir by becoming a Friend of Sevenoaks Philharmonic Society. This entitles you to a free ticket per season, priority booking for concert performances and advance information about each season’s programmes.

To become a friend please complete the Friend of the Sevenoaks Philharmonic Society form.

History of the Sevenoaks Philharmonic Society

In 1897 Wilfred A. Taylor, then organist at St. John’s Church, formed a group of singers and instrumental players, known as The St. John’s Choral Society. A detailed review of their first concert appeared in The Kentish Advertiser in February 1898…(read more)

…the transcript of which appears below.  The Society continued to thrive until 1922 when Wilfred Taylor, now organist at St. Luke’s Church, died tragically in a motor cycle accident. Details of the period following his death are hard to come by but we must assume continuation of the group until the war years when there appears to have been a separation of the singers and instrumental players. The singing continued throughout the war, run by TOC H and, in November 1944, the Sevenoaks and District Orchestral Society was formed. Their inaugural concert, conducted by Mr. John McMenemy and led by Miss May Weth, took place on 12th May 1945.

In the following decade, Albert Whitnall, former Director of The Board of Trade Choir, became Music Director of the Sevenoaks Choral Society. Under his leadership the choir enjoyed the challenge of performing works composed by their conductor, including his oratorio, Easter Story, performed at one of his last concerts with the Society in April 1963. The soprano, Heather Harper was amongst the soloists and the singer and guitarist, Cy Grant, made a special appearance to read the poem from which the libretto was taken, “The Crucifixion” from “Trombones of God” by James Weldon Johnson.
[In 2015, a set of scores of Easter Story, recently rediscovered, were presented to the Choir who will perform it on 24 March 2018 at St Nicholas Church]

In the 1950s, the Sevenoaks Choral Society was dissolved, fairly dramatic changes being needed to maintain what had been achieved, put the organisation on a firmer footing financially and aim for even higher standards in the future. In 1956, the newly formed Sevenoaks Philharmonic Society, under the chairmanship of David King and assisted by other local businessmen and former Sevenoaks Choral Society members, set the foundation for the future strength of the organisation. The combined skills, enthusiasm and efforts of these members marked a real turning point in the fortunes of the Society.

In 1964, following the departure of Albert Whitnall, Raymond Fischer was appointed Music Director on the recommendation of Sir Adrian Boult. Only the third known Music Director of the Society in its 100 year history, he completed 34 years with the choir. Under his leadership there were notable performances of little known masterpieces by the great composers in addition to a wide variety of works from the choral repertoire with full orchestral accompaniment provided by young professional players contributing to concerts of an increasingly high standard. The Society joined in the delight of many other Sevenoaks organisations at the opening of the Stag Theatre and our performance of Brahms Ein Deutsches Requiem there in February 1984 provided the Society’s first ‘sell-out’! Following Raymond Fischer’s departure in 1998, the Society embarked on a period of invited guest conductors which proved extremely stimulating and gave real insight into the conducting style and personality which would take the choir forward into 2000 and beyond. 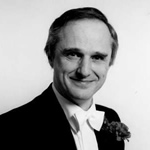 For many years, there has been regular collaboration with the Sevenoaks Symphony Orchestra, joint concerts currently taking place every other year. Recent performances have included Walton’s Belshazzar’s Feast, Vaughan Williams’s Sea Symphony and, in 2004, Orff’s Carmina Burana together with the first performance of Darrell Davison’s Symphony of Souls. This concert marked the approach of Darrell’s 25th season as conductor of the Sevenoaks Symphony Orchestra and was a very special and unique occasion.

The link between the choir and orchestra has always been important and much satisfaction is derived on these occasions from the display of the considerable choral and orchestral talent in Sevenoaks.  The current Music Director since 2002, Robyn Sevastos, has proved to be a highly intuitive choral conductor who has brought variety and vitality to the choir’s performances. Occasional concert performances of Gilbert and Sullivan and other operetta, with first class soloists, have been an extremely successful introduction to the repertoire during Robyn’s time with the choir. In 1987 the Society became a registered Charity governed by a new Constitution and a subsequent review and some amendment a few years later resulted in a beneficial tightening of the administration. Future programming is continually discussed and plans have already gone beyond the coming season; plans which will ensure the continuation of a rich tradition of choral music in Sevenoaks, in the certain knowledge of the delight it brings to performer and audience alike.